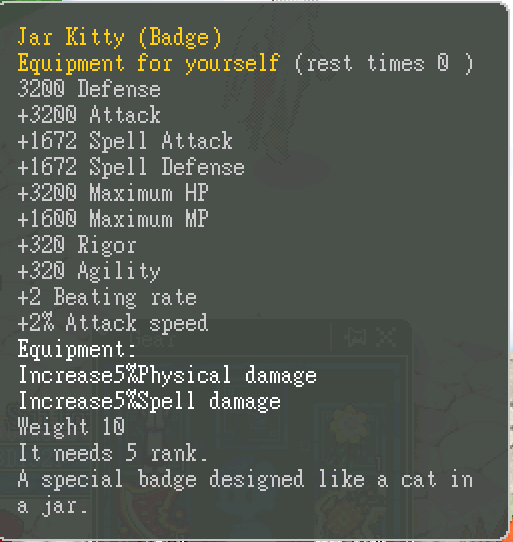 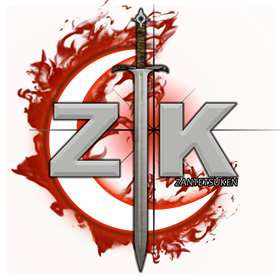 Dear players, the previously scheduled server maintenances for Aug 8th has been cancelled. The next maintenance will be held on Aug 15th Thank you for your support.
Rate Delete Ratings


Bearscape Event I －Newbie Welcome Gifts
For all new Angels joining us, or little Angels who need a little help, this event is just for you!
As long as you’re below Lv 180, you may talk to the NPC [Party Angel] to receive a Renewal Box (cannot be traded).
*Each character can only claim one box.
Note:
Renewal Box
You need 3 slots in your bag to open this box. Open to get:
Renewal – Lv 180 Advancement Stone
Renewal – Lv 180 Skill Leveling Stone
Renewal – Lv 180 Equipment Voucher (exchange this for 30-day Lv 180 equipment with no level restrictions)
Bearscape Event II         －Let’s Go Adventuring!
Whether you’re new or a veteran, you can also receive corresponding bags and potions for your adventures in the new maps!
All players can talk to the NPC [Party Angel] to get: [Angel Backpack] + [Enhanced Purple Potion x 200]
*Each character can only claim this once. Don’t miss this chance.
Bearscape Event III       －Blessings for All
All players can talk to the NPC [Party Angel] to receive [Archangel’s Secret]. It greatly increases your attributes, EXP earned, drop rates, Collecting Speed, and Manufacturing Speed for 8 hours!
Bearscape Event IV       －2X Order Rewards
Great news for all producers! During this event, you’ll get double EXP and double Coins from all orders. This is really rare so make good use of this time to increase your EXP and build your wealth!

So, they just posted a little something on the facebook page today.

We’ve have sorted out the Dream Garden for you. Hopefully, this will help prepare you for the unexpected. But most importantly, when accepting quests from the civilians, don’t stare at those bears just because they’re cute. Especially the Cardbear, as he will ask you to [excuse] yourself!

The Bears have been residing in the [Dream Garden] hidden within the woods for a long time. Until one day, a deafening bang followed by shrieks was heard. It ruined the Bears’ peaceful and harmonious existence. Why would the Dream Garden suddenly manifest itself into the world? And what could that deafening bang mean?

We still don’t know why such terrible fate has befallen the Bears. Strangely, the swarming monsters have turned what was once a sanctuary into a nightmare…. No matter what, continuing the investigation is the only way to find out more!

Thanks to the gossip in town, we know there was distrust among the Bears. Just who was responsible for the attack that led to the destruction of the Bears’ paradise? There aren’t enough details about the cause of this fiasco, and the Bears are lost and helpless. Despite the investigation thus far, we still haven’t discovered the truth?

If what Elder Bearuce said about the gem being a part of the Bear King’s Crown is true, then how did the monsters get their hands on it? Did this whole fiasco start because the Bear King is in league with the Evil Lyceum? But why would the Bear King, who has protected Dream Garden for such a long time, join the Evil Lyceum all of a sudden? How is everything related…?

If the gem on the Bear King’s crown is one of the ancient treasures, then it makes sense that the Evil Lyceum would want it. Plus, Confidant Snow personally testified that the Bear King attacked civilians. Snow wants to believe the Bear King is innocent, but it’s hard to defend the Bear King given this new information.

Cold chills went down your spine when Bruno mentioned the Bear King ‘being controlled. Does that mean someone else is behind the Bear King’s attacks? That would explain why the Dream Garden is in such a terrible state after the Bear King’s disappearance… Help Bruno in his investigations and the truth will come to light!

<Underlying Crisis in the City>

Tragic events can even happen in such a dreamy paradise. The civilians are distressed over the Bear King’s situation. He was the respectable leader who looked after the civilians. To them, the Bear King was the Dream Garden.

In order to protect this wonderful Dream Garden, Angels wouldn’t accept the downfall of the Bear King. The final task awaits you in Nightmare City. Prepare yourself before heading to the chaotic Nightmare City, and beware the [Three Officials] and the almighty [Bear King].

(1) Entering the Palace
You will reach the [Castle Entrance] upon entering Soundless Palace. Clear obstacles by defeating monsters in order to advance to [Drowsing Hall].

(2) Drowsing Hall
Upon reaching [Drowsing Hall], you will see two differing paths -- [Dreams] and [Nightmares]. As both paths are sealed with magic, you have to defeat specific monsters to unseal the respective doors. You can also advance directly to [Scream Gallery] where the final boss awaits.

(5) Scream Gallery
[Scream Gallery] is the only route to [Manic Hall]. Defeat the Bear King’s bodyguards to advance!

(6) Manic Hall
You will finally arrive at the lair of Boss III Bearjesty, [Manic Hall]. Dream Garden is enveloped in the chaos of Nightmares and Dreams, and the situation will only worsen if nothing is done. For the peace of Eden, defeat the Bearjesty with everything you have!

Did our findings help you? As you venture into this fairy tale-like Dream Garden, don’t drop your guard against such a dreamy landscape and adorable Bears! After all, this place is still perilous. Besides providing info on the areas of Dream Garden, agents will be able to try out new movesets after our next update. The Battle Professor and Magic Professor are in the midst of preparing them, so stay tuned!

<Nightmarish Skills, Dreamlike Spells>
Hello, dearest Angels! We have finished the report on the spells and moves of Dream Garden! We are also grateful for the help provided by our Angelic tutors and my little assistant for the demo of the skills! Let’s get started!
Name Type Icon Screenshot Description
Thunder Blade Sword A lightning-fast strike [1st] imbued with the power of the thunder god. Causes DMG to one target, marking them with a [Thunder Mark]. May inflict extra DMG when used on targets with the [Thunder Mark], but DMG to boss-type monsters is halved.
Thunder Mark effect: reduced Agility for %1.
Holy Brand Axe A merciless axe blow delivered with holy rage, dealing DMG to one target and marking them with a [Holy Fire Mark]. When skill is used on a target with a Holy Fire Mark, they receive severe and continuous DMG, but DMG to boss-type monsters is halved. Targets with the Holy Fire Mark will continuously lose HP.
Spiritual Fire Spear Skill Summon holy fire to ignite all living things, causing severe DMG to every enemy within range. This pure holy fire has no effect on players and pets aligned with good.
Steel Feather Bow Magically transform arrow feathers to steel, adding fixed points of DMG to normal attacks while the skill is active.
Blood Shadow Assassin Attack a single target at close range. DMG caused has a vampiric effect, with a chance of transferring part of the HP lost to the skill user.
Control Chant Life Listen to the gods, and sing Chapter 3 Verse 1 of the Seven Virtues. After singing, skill does DMG to every enemy within range. DMG caused has a control effect, and targets are temporarily unable to move, attack, or use skills.
Summon Minotaur Necro Summon a Minotaur from purgatory to aid you in battle.
Lightning Arrow Chaos Launch a powerful lightning arrow that flies randomly from target to target, dealing DMG to all within range. Chain DMG ends if a target dies upon impact.
Draco Shura Earth Transform into Draco Shura with excellent powers such as high DMG, high accuracy, high movement speed, fast attack speed, and a 5-minute Solar Power boost. Effect vanishes when any spell is cast.
Power Clone Illusion Move at the speed of sound to create a powerful battle-ready clone that aids you in battle while the skill is active.
Earthly Tactics Assault Temporarily power up all assassination and clone skills, as well as boost melee defense and agility. Cannot be used with [Ghostly Tactics].
Stun Shield Shield Hurl a shield with a chance to stun the enemy and decrease the enemy's melee defense. Cannot be used with Shield Bash.
Hot Blooded Common Convert your life energy to spiritual energy. Reduces HP to gain 2 SP.
Seraphim Shield Common Use angelic powers to make a shield out of magical energy. Damage taken is offset with MP while skill is active. You cannot be silenced while the shield is up.
Blazing Sun Staff Gather the power of the sun into your staff, gaining some HP. While the spell is active, there is a chance of a Sun Strike attack whenever a skill is used or spell cast while a staff is equipped.
*Cannot be used with [Mana Overflow, Lava Charm, Erosion, and Brainjack]
*All details above will be finalised in the actual game content.
Aren't you bear-y excited after seeing all these new moves and spells!? No worries, you will be able to try them out soon! After mastering these spells, you might have an easier time saving the Bears of Dream Garden!
<Let’s Make a Grand Bearscape!>

Now that our job is done, let’s hope this info will aid the Angels in exploring Dream Garden. We can only pray that Eden won’t be as affected since Angel Lyceum slipped into crisis not too long ago... how terrifying… No matter what, though, we wish every Angel the best of luck! Get ready and save Dream Garden!

To help Angels with the exploration of the Dream Garden, we will also have an event where they will enjoy 3x EXP and 3x Collection Speed one week before the Summerfest! Happy exploring and look forward to the Summerfest, little Angels!