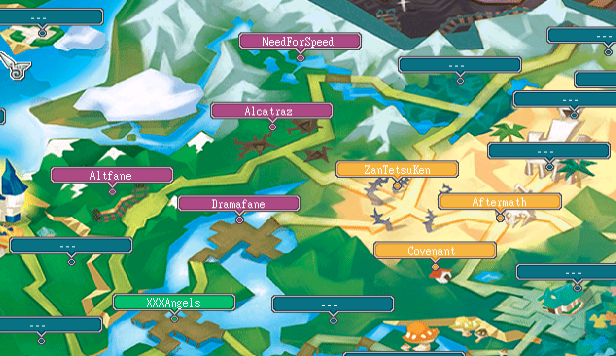 What happened is 1 of 2 things;

1. Lack of leadership and direction
2. Rogue baddies just doing w.e they want and being useless

They attacked QV with 6+ people(mostly useless people) which means that TW had 0 chance. If they had focused on TW, they would have been able to take the lvl 6 and damaged totem. But Fawks, celeiste, fatmessy, rushuna, sikwati decided to attack QV last 10 minutes. All of which can kill most players in AM. IF they had focused they could have won.

So either 4ever leadership told them to do it in which case bad leadership, or they did it on their own, in which case that furthers the argument that they are just bad.

Still depending on ZTK I see, Wake up ZTK server could be yours don't be a foot soldier when you can be the captain. Why are you 2nd on that list when you have TW ?

sb1ward Rated on 2020-10-18 15:09:10
LOL ztk has tw because AM already had DG. Very basic. I am surprised that you played the game for 10 years and still don't understand how it works. But, that is why UPS could never beat AM, they lacked basics.

There are 17 more comments, click here to view them.
Submitting…