Since no one has made a thread about it yet, i decided to take the initiative and help everyone out to ease everyone's frustrations.


The first step is to go to service.igg.com 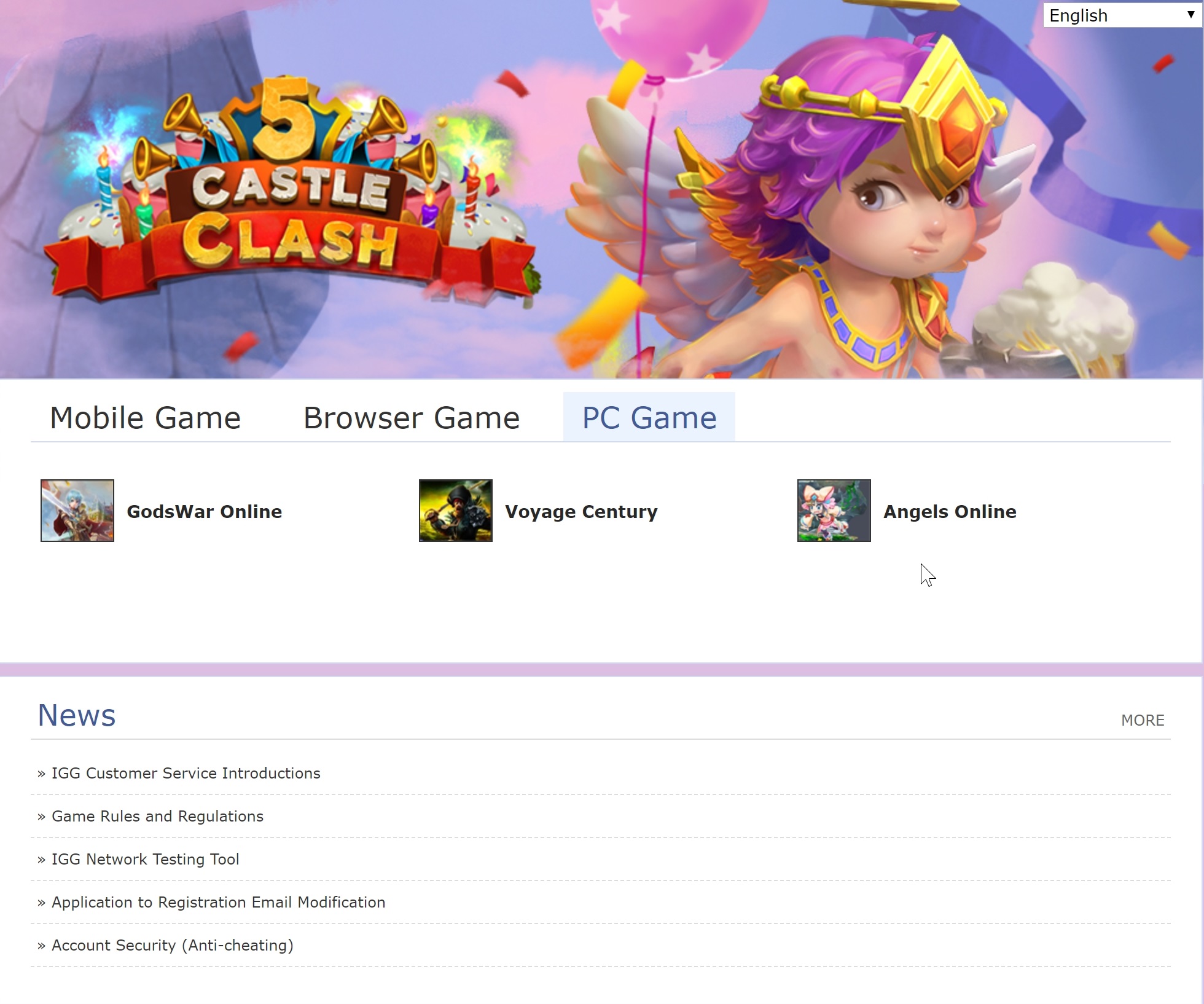 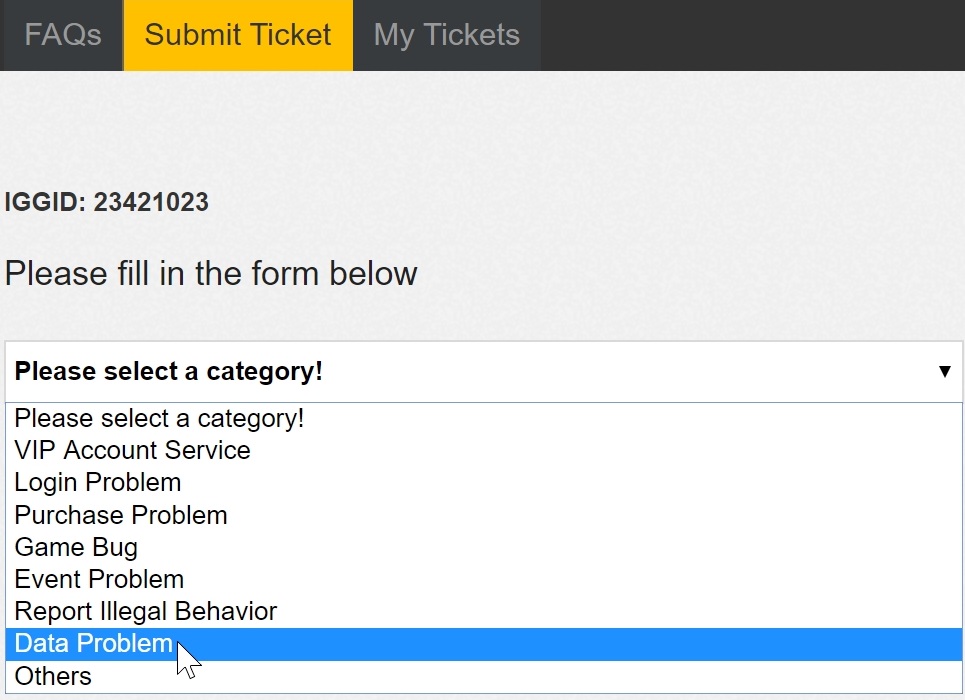 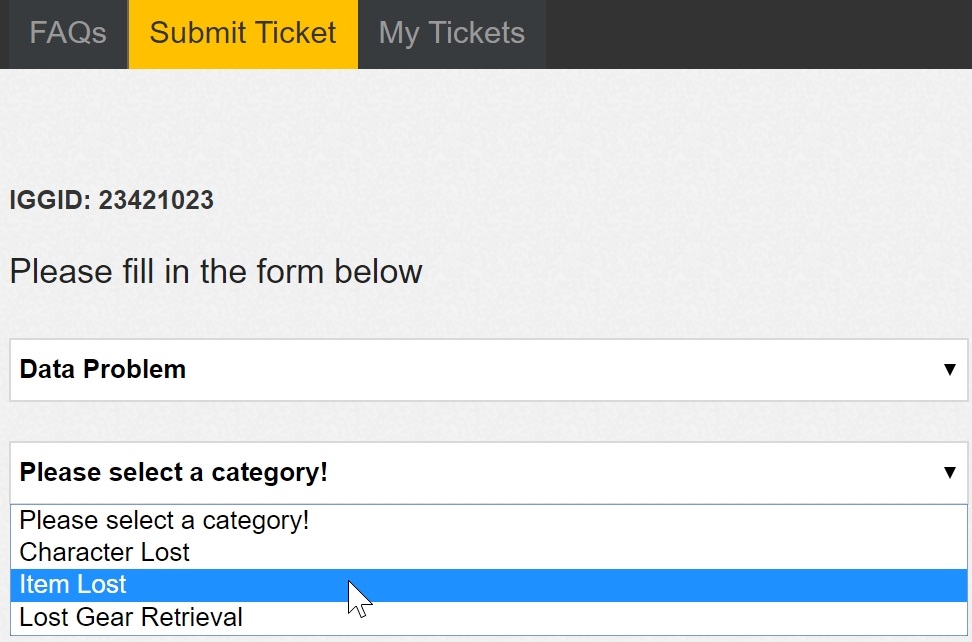 Then fill the rest of the questionnaire. Here is a sample 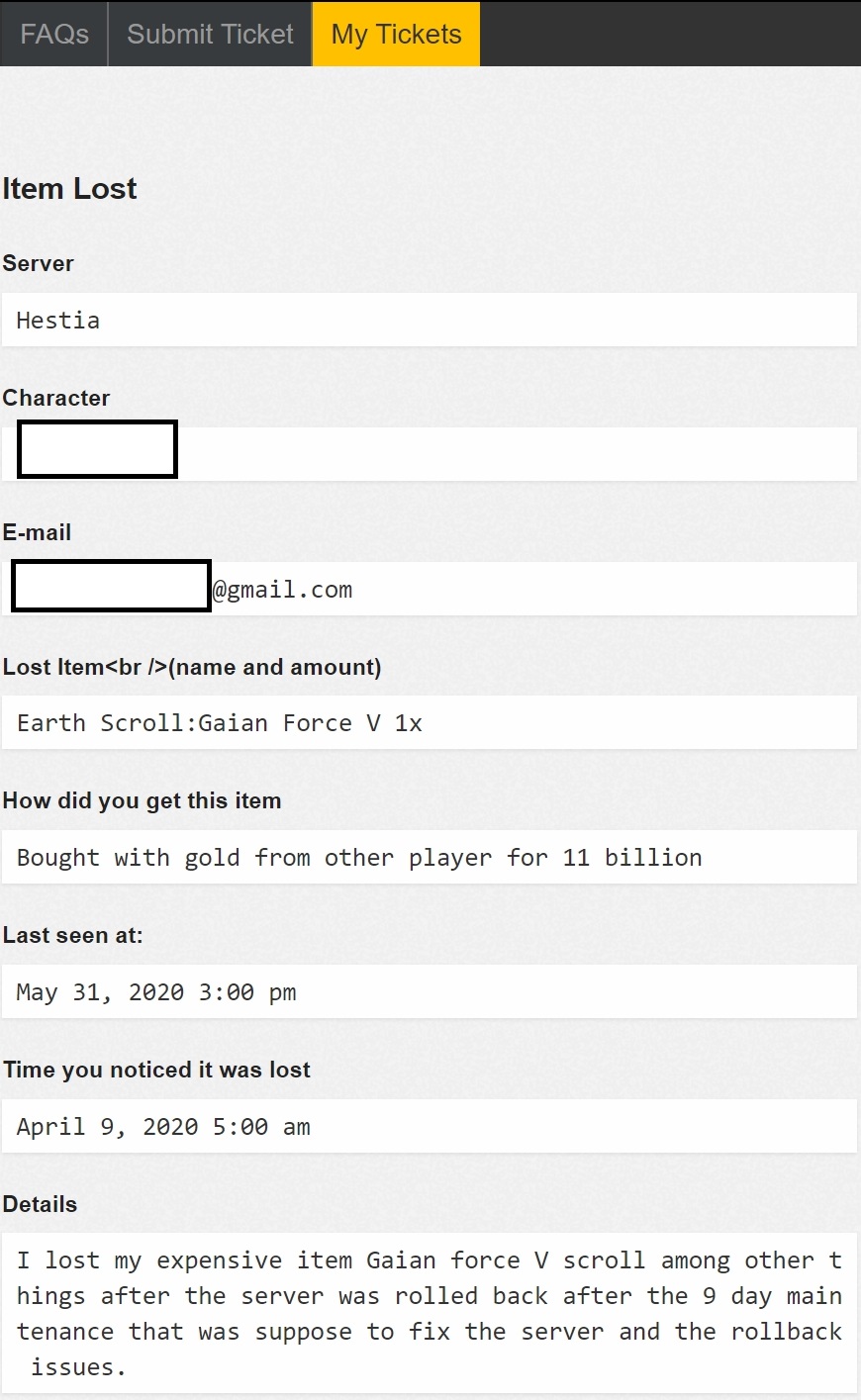 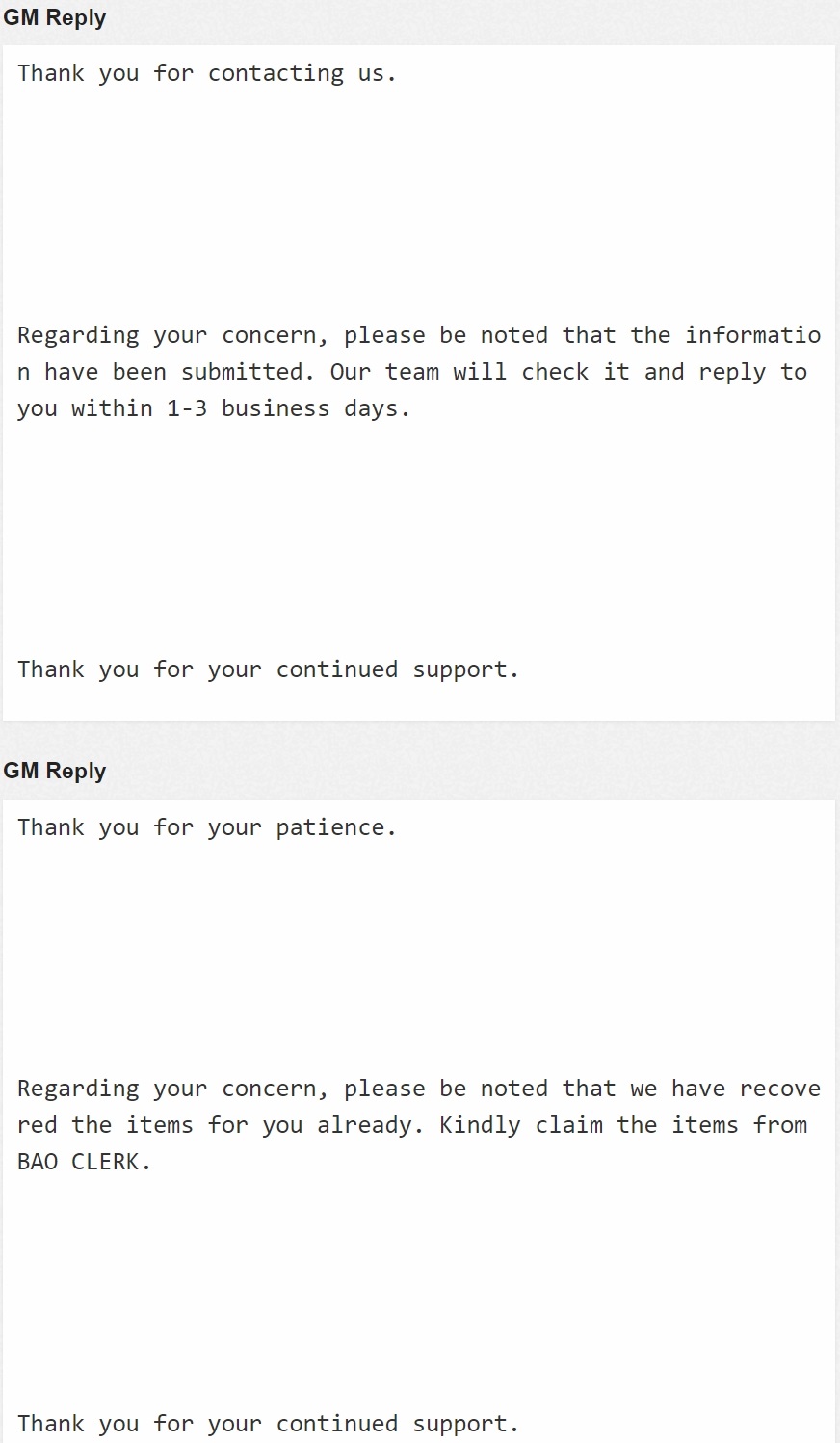 Remember to record the exact name of the item you lost and the approximate time you lost it in EST(Eastern standard time) and type as legibly as possible. If English is not your first language, ask for help from fluent speakers or message me so i can help you.


It took less than 2 days for my ticket to be resolved but your mileage may vary.
I hope this helps everyone out.

I lost all my items once again. The igg service is so bad I don't know why they don't shut it down atleast. The problems of the server will come back after 2-3 days again and most of the players just lost a lot of items? What's the point in that? They can't manage their own server ffs. That's a new acc that lost a lot of money, items and etc. Because of the rollback I lost all the items on my 2 accs(I have been playing before some years and wanted a fresh start with new accs). I just decided to delete these accs, since I lost everything on them and gonna start them again from level 1. Stop licking IGG's asses. They had a nice game before 3-4 years and they fcked it up with all the updates and shits. They lost most of the strongest players they had and not only the strongest actually. How to invest in the game, since I don't know when they will want to make another rollback, because they can't manage the server?

thanks for the explicit guide.
You got it back becus it was bought before April 9 right? So, items purchased after April 9 cannot be recovered? I lost many

I want to know what should I do if don't have the register of my stuffs. I mean, I lost everything. Weapons, my pet, money and including the present they gave you when you reach some levels. What should I do? Star over again?

I recommend you guys also take a screenshot of your items recently bought, it might just help.