*Assassins use the weapon and skill called Shadowblade.

Shadowblade is a very unique skill and as you read through this guide, I hope to enlighten you about it and show you some of what Assassin has to offer. Some words are highlighted and have a * next to them, meaning video link.

I like to break it into Shadow and Blade. You're either Shadow (someone who likes to mostly sneak and assassinate) or you're Blade (someone who doesn't bother with sneaking and assassinating as much.)
However, whether you're Shadow or a Blade your greatest ally will always be your Speed.

Pros of being an assasin:

-One of the highest damaging in game PvP.
-Dodge rate is great
-Critical Strike Rate with assassinations.
-*Quick Combos
-Can be transparent using sneak type skills.

Cons of being an assasin:

-Low defense.
-Many SP bars are needed.
-Sneak can be removed and isn't 100% protection.
-Not many AOE type skills.
-Ride must be unequipped to use sneak.
-Assassination has a chance to stun the caster.
-Mostly close ranged attack skills.

Assassinations are some of the assassin's strongest attacking skills. In order to use any assassination you need to first be in stealth; achieved by using one of the following skills:

Both stealth skills and assassination skills consume SP bars in order to be used. Unlike most of the other melee skills, assassinations get their damage from 3 sources: Attack, Stance Power and Agility. The higher you get these stats, the more damage you will be able to inflict. The special thing about assassination is that the damage from agility can ignore the target's defense. In addition to this, assassinations also have an increased critical hit rate. However, assassinations do have a chance to stun the caster, and when this happens the damaged is decreased drastically (maybe around 2/5 of the damage is lost.)
Pictures showing assassinations. Usually these skills are too fast to see all of the details.(Disabling Ambush/Thunder Burst/Remove Magic)

I personally feel like assassins were more designed to defeat mages in PvP and fight on Par with archers. Fighting warriors...is not an assassin's forte but with the right skills and stats they do well still.
Tips Vs Mages:YC-Monkey147
-With an earth mage using Shark Shift you need to think fast because if they catch you unprepared your in trouble. When fighting you need to cast your clone spell just in case you do in fact get hit, then hit them with stunning dagger,it slows them down, decreases max hp/mp and slows atk speed, so you have more time to get some distance or begin your counter attack. This works well vs Sharks because they will mostly aim for normal attacks. Be wary of Detect Stealth skill if you're planning on assassinating them. They have a maximum of 38k HP this can be in your favor due to assassination being. Also having high agility is great in this situation.
-If your opponent is pretty evenly matched with you, you can all out attack* them. If they have a clone, kill the clone first, from there you can use stunning dagger then your combos in order to kill them.
-Keep the Silence skill around because it comes in handy, especially vs mages.
-Longer ranged skills such as Stunning Dagger and Fiend Pierce Blade work well if the mage is trying to kite you.
-Try to silence and slow mages while damaging them as much as you can. Using Fiend Pierce Blade is great because it  also has a chance to drain 1000+ MP each time it hits.
-At higher levels you can combo Fiend Blade and the Shadow Strikes (level 166 skill and 172 skill) to get a quick ranged combo to kill clones then assassinate.
-Remove Magic is a great assassination type skill to use on mages because it has a chance to drain all MP and also has a chance to silence the target for a good length of time (15 sec at rank 4). It's also great in combos.
-Vs high level wraith mages you need very high damage because Demonic Counter can turn your combos against you by reflecting 2k+ of each hit you do. Best way to avoid this is your assassination skills.
Tips Vs warriors and archers:YC-Monkey170
-Sneak to attack them and disable them or try your best to outdamage them as quickly as possible.
-Combos are absolutely necessary to fight strong warriors, so do learn some.
-Shadow Strike (level 166 skill) is a great help vs warriors and archers since it can help you dodge hits from Rapid Strike, Shield Hit, Steel Rain and other things that can help you get you killed quite easily.
-Keep Deceptive Clone avatar out, this greatly increases ur survivability if your opponent is stronger.
-Always try to get the surprise/first attack when fighting 1 on 1.

Group PvP:
As an assassin you have many opportunities to help your allies greatly with your skills.
-Trying to be a 1 man army vs a group of equally matched players will get you killed.
-Never rush right into a fight if you don't know what you need to do. Doing this can get you killed.
-When assisting, always try to kill/disable hard to kill persons to open paths for your allies, doing this can increase the chance of success for your team.
-Make sure you have someone to back you up incase you get disabled in some way or incase you can't kill someone alone.
-Try to do as much damage as possible to targets (Strong Players, HB Gates, Crystals, Totems) in covert missions without being seen. Deadly Combo skill can help you greatly with doing things like this.
-Sometimes Thunder Burst assassination AoE is your best option for damaging large groups of enemies (HB Crystal Campers, Totem War Barrier Campers) You make yourelf a lot more vulnerable, but sometimes taking 1 for the team can mean the difference between win/lose.

When sneaking it's always great to have a transformation. If you want to ambush someone try to blend in with the background. Knowing when to strike takes practice.

~Some Hints to Build a Successful Assassin~YC-Monkey211

Here are some recommended skills to help you become better with being an assassin.

Pets that can heal are great for PvE. Pets with slowing skills are great for assisting with your assassinations. Other than that pets with good combo skills (Steel Rain, Beast Teeth) are nice also. Look-up which pets would help your play-styles most If you want a pet. 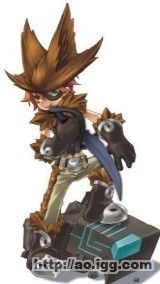 Assassins always receive a lot of negative criticism when it comes to PvP and PvE. If you really want to be an assassin do not let anyone stop you from being one. There are some people who will try to put every negative thought they can think of into your head, but ignore them and be the best you can. Every class has their strength.  For assassins the strength that stands out most is their single target PvP. A lot of people will hate being killed by someone who pops out of nowhere, scares the heck out of them and then kills them. LOL

Well if that's your a main character then I would suggest getting it, sneak 5 is useful in instances too, like Dinosaur Arena. Getting it would also help with achievements.

Just some tips to help with making the guide more visually appealing.

Or at least, they break up chunks of text and can provide some decent information. (Items, stances, spell, etc.)
-Sometimes, just changing the color of the text makes it stand out. thx, i will, was trying to get some screen shots and videos rdy first xD

Great guide! Would be better if you put where do Lv5 stances drop. /f50

soo... 2 hand PDs slows ATKspd too? or only combos?

assassinate only stuns the caster if u crits them. thats what i've confirm when sins were out.. o.o it is the crits in sinate u deal to ur enemy stuns u

it slows combos if u normal hit while doing the combo.


@ThunderBlade95  it can stun u regardless of whether you crit or not. Also damage is decreased if it stuns you.